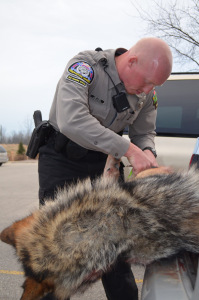 I recently read an article on wolves in northern MN; “Wolves Thriving Up North, But Does That Mean It’s Time to Stop Protecting them?”

What is the future for wild wolves in the Great Lakes? These conflicts between people with pets and wolves are both very real and sad. But as it is stated in the article, “We get a few reports every year, but best I can tell we haven’t seen an increase or a decrease in wolf activities.”

A few instances like this does not warrant the drastic measures like a trophy hunt taken in the past several years. Other methods must be tried before a reckless trophy hunt. It’s clear that states are not willing to work for the benifit of wolves, a once endangered species, and help humans in wolf range live/coexist with wolves. States…